You are here: Home - Blog - Moving the photographic collection at North Otago Museum

The North Otago Museum holds an impressive photographic collection comprising of over 500,000 photographs of North Otago people and places, ranging in date from the 1860’s up to the present day. These photographs are on a range of media including glass plates, cellulose negatives and paper prints.

For over twenty years this valuable collection was housed in two safes within the main museum building.

The environment within both safes was unsuitable for the storage of photographic collections, with temperature and relative humidity levels fluctuating greatly. As a result, many of the older cellulose negatives had started to degrade. 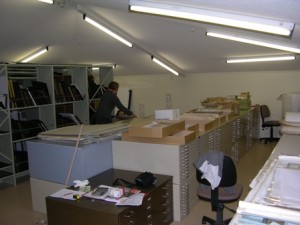 In September 2011 the decision was made to move the collection to one of the museum’s climate controlled archive stores, which were themselves bordering on bursting at the seams.  Eva Garbutt, the newly appointed Curator of Archives, was confronted with the task of rejigging the layout of the storage space to accommodate the shelving required for the photographic collection. A rubix cube manoeuvre was required which involved moving the map drawer units from the centre of the archive to the periphery. 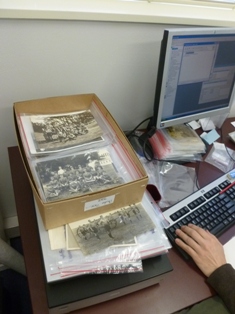 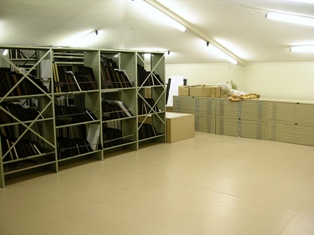 Once this task was completed (which was no small feat!) the photo collection was ready for the move. As some of the existing shelving had to  be re-used, the photo boxes were temporarily stored in any available space in the archive whilst the shelving was moved and reinstalled in the archive together with some newly purchased Dexion units. As the shelving units  were placed back to back, a solution had to be found to create a barrier between the units to prevent boxes from pushing through the back of the shelves. Due to budgetary constraints Kiwi ingenuity was employed and windbreak material was used, bolted to the top and sides of the shelves and threaded together at the centre using PVC coated clothesline. A definite ‘number 8 wire approach’! 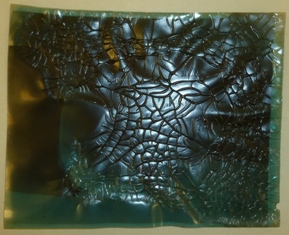 Now that the photographic collection has been shifted to a more suitable environment, work is continuing on enriching the information about each photograph on Vernon, by populating more fields for each entry and scanning the photograph for easy retrieval and reproduction purposes.