One of the most popular articles on the Vernon Systems website (www.vernonsystems.com) has been RFID Technology in use at the Otago Museum. This was published in November 2011 and made some assumptions about the value of the technology, and the benefits that would be achieved. We decided it was time for a follow up. Has it been a success or a costly learning exercise? Has RFID tagging made objects easier to find, sped up processes and reduced the handling of objects?

The only way to find answers to these questions was to go to the source. We contacted Scott Reeves, Collection Manager- Humanities, at Otago Museum. Part of Scott Reeves’ role is to administer Vernon CMS and SmartTrack’s RFID system. Importantly he has been central to this project all the way through from planning to implementation. 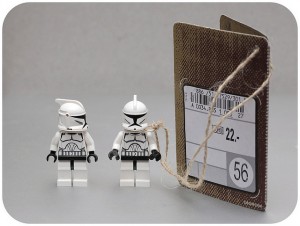 Otago Museum has an encyclopaedic collection consisting of approximately 1.5 million objects. In 2000 Otago Museum migrated their records (10% of the humanities collections were catalogued at that point) from a legacy collections management system to Vernon CMS. The Museum added the External Tracking System module in 2010 when they identified RFID tagging as a key component in their revised collection policy.

As published in our 2011 article, “Implementing the RFID system will form part of a large scale Collection Audit being undertaken by the Museum from 2012. This multi-year project will see the Museum’s collection items individually checked, photographed, RFID tagged and re-housed where necessary, with information held in Vernon reviewed and updated as part of the process.”

Currently Otago Museum has catalogued and RFID tagged 14,886 objects. That is just under 5,000 objects per year. Although this is a little behind the predicted pace, it is still quite an achievement.

While happy with progress and the chosen technology, Scott Reeves is quick to point out that adoption of RFID technology is an adventurous undertaking. “Even with the good support from SmartTrack, and the excellent support from Vernon, we had some teething difficulties – from database issues to antenna power levels.”

Collection staff must complete a movement transaction in Vernon CMS when they relocate an object, with this transaction starting automatically when the RFID tag passed through the fixed doorway readers. Good planning and well designed policy are being reinforced by the software. “RFID is the tool that maintains behaviour” said Scott Reeves.

This is not to say that the policy is perfect. Plans have had to change because of factors that were simply not considered before, such as “Where do you put the RFID tags while objects are on display?” The sequence of objects to be catalogued has also changed. The original plan was to start at one end of each storage area and work through the objects. Precedence is now given to particular object groups, including objects used in display, research or movement. Staff and policies have adapted as experience has been gained in the project.

Technology has limitations which have a logical effect on  how objects are moved. For example metal doors can reflect RFID signals and distort readings, and storage shelves are not designed with RFID readers in mind. In practice, much like the evolution of the collection strategy, solutions are found. Sometimes the solution can open new doors, such as the Otago Museum choosing to print barcodes as a dual system with RFID tags (Barcodes can be generated within Vernon CMS or, as at Otago Museum, through the RFID printing software). Where there is a barrier to using RFID tags on a particular object or in a specific location, barcode scanners are a convenient substitute.

Has the installation of RFID technology been a success?

“As the first museum in Australasia to implement RFID for collection management, Otago Museum will become a valued reference site for similar institutions throughout the world.” stated Clare Wilson, Director of Collection and Research, back in 2011. Has this become true?

Yes, says Scott. Otago Museum is often approached to give an opinion on the relevance and success of RFID tagging. It appears that all the predicted benefits have been achieved. Objects require less handling. Tagged objects are easier to find in storage and the object information is now updated and more complete. Basic inventory information has been added during the tagging project. Data consistency has greatly improved particularly with the introduction of new object classifications and metadata. Collections staff can be alerted when objects are moved. IT staff can be alerted when there is a hardware issue relating to the RFID system. Storeroom audits are simplified, but so are random audits of display spaces or conservation labs.

Scott Reeves says the project’s success has not been only because the technology performed as expected, but also because of its role in improving other collection processes.